Several things influence car insurance premiums. These things include the cubic capacity of the engine, the type & length of cover you purchase, the price of the car, your place of residence, your driving record, so on, and so forth! However, one other thing that has a significant impact on car insurance premiums is the fuel type of your vehicle. Yes, petrol, diesel, CNG & battery-powered vehicles will all have different premiums rates! Read on to find out why.

Petrol cars rule the roost in the private vehicle segment. This is because petrol engines are considered to be longer-lasting and more refined than their diesel counterparts. On the other hand, diesel engines promise better mileage and lower running costs.

However, there is a significant price gap between these two types of cars. Diesel cars are more expensive and hence have a higher IDV, leading to costlier premium rates. Diesel cars are also considered as high-usage vehicles. Therefore, they are perceived to be at a higher risk of accidents, which again causes premiums to rise.

CNG cars offer some of the best running costs. On average the monthly costs of a CNG vehicle is around Rs. 1,100 – this is for 500 kilometres of city driving with normal traffic. That’s quite outstanding given that the average running cost for a petrol-fuelled car is almost 3-times that amount. However, insuring a CNG vehicle can be an expensive affair.

To begin with, the third-party component will be increased by Rs. 60. When it comes to the own-damage component, the increase in premium will differ from one insurance company to the next. However, the increase is generally around 4% of the value of the CNG kit you have installed. Considering that a decent CNG kit costs upwards of Rs. 50,000 you are looking at a spike of at least Rs. 2,400 varying from insurer to insurer.

Battery-powered vehicles lead the race as far as running costs are concerned. Some vehicles have running costs as low as Rs. 1.1 per kilometre! This should help you save a lot of money in the long run, especially in comparison to a vehicle that runs on conventional fuel.

Moreover, third party premium rates are discounted and are 15% lower for electric & hybrid vehicles. However, when it comes to own damage cover, EVs are covered by the same plans applicable for petrol & diesel car. This means that the premium for EVs will be decided by their IDV. Unfortunately, since these cars have a higher IDV, they also invite higher premium amounts.

So as you can see, the fuel-type of your car plays an important role in deciding the premium of your car insurance policy. However, the one thing you should remember is that you can reduce the cost of your plan by as much as 50% by simply driving carefully and refraining from making a claim! We hope this article has been helpful for you, good luck and drive safe! Remember to always wear your seat belt!

Forex Fundamental Analysis for the Beginners

Choose Your Solutions for the Best Money management 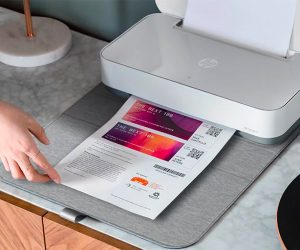 Why Purchasing Auto Parts On The Internet Is So Excellent

Jaxx Celia - July 22, 2019 0
In the current fast-paced ever altering world, many automobile proprietors not have the time to look for a tough-to-find accessory or part for his...

Jaxx Celia - September 27, 2019 0
The main reason diets fail, and health, fitness, and wellness goals aren't achieved, is always that our mental discipline weakens to enable them to...

Beginning a Franchise? Searching For Business Money To Invest In A Franchise?

Jaxx Celia - July 14, 2019 0
The priority of securing business money if you have selected and therefore are beginning a franchise becomes much more essential as you concentrate on...

What Individuals Chemicals in Beauty Items Do for your Health

Jaxx Celia - June 22, 2019 0
Each year, cosmetic manufacturers take pride in formulating more efficient ingredients to provide you with that "youthful glow". But are you aware that our...

Jaxx Celia - March 11, 2021 0
COVID-19 seems to have been here forever and it sure had a huge impact on every aspect of our lives. Since many people switched...
Gambling

Choosing How You Will Take CBD To Benefit Your Overall Health

How Are Online Slot Gambling Platforms Profitable For Beginners?